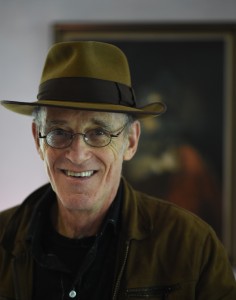 Dr Raoul Goldberg has practiced Integrative Medicine for 40 years in Switzerland, Germany and the majority of his career in his homeland, South Africa. His work includes managing an Integrative Medical Centre and practicing as a clinical doctor and counselor, school doctor, international lecturer and health researcher. He is the author of two books: “Awakening to Child Health” (Hawthorn Press, UK) and “Addictive thinking and Behaviour in Childhood and Young Adults – A Path to Freedom” (Floris Books, UK) and numerous other publications on Integrative Medicine and Child Health. His new book on Participatory Healing is currently in writing and is due for publication in 2016.  He co-founded the South African Complementary Medical Association (SACMA) in 1991.

Dr Goldberg has developed a unique brand of integrative medicine which combines anthroposophical medicine, homeopathy, functional medicine, nutritional medicine and psychophonetic counseling, where the patient or client is an active partner in the diagnostic and therapeutic program. He calls this participatory medicine or participatory healing. This approach to health and healing is based on the PATH method he has evolved which makes use of Goetheanistic phenomenological science, drama and movement therapy, therapeutic arts and crafts, pedagogical medicine and Psychophonetics. He writes about the PATH method in his books and teaches this in his workshops and seminars. He runs international PATH workshops for professionals engaged in healing, educational and environmental activities, and also conducts public workshops on health issues such as Overcoming Addictions and Integrative Cancer Management. 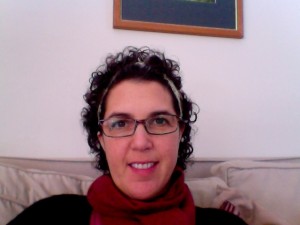 Dana Smirin cut her teeth in the Sustainable Business sector starting in 1989 in London while she attended the London School of Diplomacy and landed in Washington D.C. working on Capital Hill. Once her hero, Nelson Mandela was released she became involved at a high political level with the US-SA Bi-National Commission. She spent 6 years living between South Africa and Washington D.C. representing multiple stakeholders in both countries.

In 1996 Smirin moved to California to participate in the deregulation of the first US electricity market. She co-founded Foresight Energy and later began to represent multiple companies and organizations in a consulting capacity such as Green Mountain Energy, The Center for Renewable Energy and Sustainable Technology and Innovation Norway. She was at the first discussion in 2000 that launched the Clean Tech Venture Forum later know as the Clean Tech Group, a long term client where she co-produced global conferences and scouted technology deals for member investors.

Her expertise won her in 2004 the prestigious McCloy Fellowship from the American Council on Germany to Accelerate bringing Clean Technologies to market. She spent the early 2000’s in Europe working with Research Centers, policy makers, Labs, Business and thought leaders and Investment firms. In 2007 she returned to San Francisco to take a post at UC Berkeley.

Smirin has been at the forefront of multiple new market initiatives, shaping of policy and assisted launching multiple technologies. She has worked with many of the original Clean Tech Investors. In addition Smirin works with Dr Raoul Goldberg co-facilitating PATH Method workshops as part of her passion for self transformation. Smirin resides between Cape Town and San Francisco. she holds a Bachelors of Art, in Environmental Policy, Technology and Science ( Clark University USA)

Trained in Ecovillage Design with the Findhorn Foundation of Scotland, Natural Building with Kleiwerks International, Permaculture Design with the Occidental Arts and Ecology Center, and a Climate Presenter by Al Gore she also holds an MA in Creative Arts from San Francisco State University. She is the former Sustainable Development Manager for the Esalen Institute in Big Sur California and now resides in Oakland, California where she will be co-teaching Permaculture Design in the Landscape Horticulture Department of Merritt Community College.  She is recently engaged in counseling and coaching via the Interchange Counseling Institute and continues to be devoted to promoting inclusivity, localization, personal and community resiliency, believing these to be key strategies towards sustainability and “thrive-ability”. 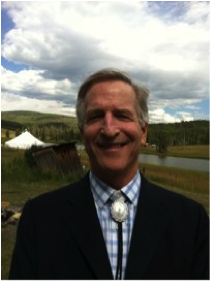 He also serves as Senior Energy Advisor for the Green Sports Alliance, is Climate advisor to the band Pearl Jam, is a Presidio Fellow in Sustainability and Sports, Presidio Graduate School, San Francisco, and was a recent Senior Fellow at the Rocky Mountain Institute. Recently he conducted the Independent Verification and Assurance process for the National Hockey League’s (NHL) Greenhouse Gas Emissions Inventory.

Totten’s 40 years of professional work have focused on promoting high performance energy efficiency, solar and wind technologies through innovative public policies and market-driven practices at the city, county, state, federal and international levels. He served as Executive Director of President Carter’s Clearinghouse for Energy Efficiency, and as Senior Advisor in the U.S. Congress, authored the US House of Representatives legislation, Global Warming Prevention Act of 1989.

During his 12-year tenure with Conservation International (CI) as Chief Advisor on Climate, Water, Biodiversity and Green Economics, he served as technical advisor to and co-led the ecological footprint analysis of Walmart’s global operations, leading to the launch of their Sustainability Initiative in 2004. The multi-year initiative led to Walmart’s commitment to zero waste emissions, 100 percent renewable energy use, corporate commitment to dramatically reduce their CO2 emissions, and offsetting the footprint of their 140,000 acres of stores and distribution centers through protection of natural ecosystems.

During his time at CI, Totten also directed a crosscutting initiative on energy, freshwater, and climate, for healthy, sustainable “green” economies, engaging the private sector and public institutions to implement a climate mitigation “triple-Strength” risk-minimizing portfolio of their operations, products and services, and adoption of innovative public policies and regulations, comprised of:

2) Shifting to green power and fuels having the smallest composite footprint of impacts (e.g., GHG emissions, air and water pollution, toxic wastes, hazardous contaminants, land requirements, water use, displacing valuable ecosystem services, vulnerability to price volatility and supply disruptions, exposure to acts of malice or nature, and offering a least-cost, least-risk, highly resilient way of delivering services at the point of use); as well as making the business case for companies and institutions to include,

3) Sourcing conservation carbon offsets as a very cost-effective way of immediately offsetting CO2 emission footprints. Nearly a decade ago, I directed the launch of the Climate, Community and Biodiversity (CCB) standards, which have been peer-reviewed, field-tested, and accumulating real-world evidence of being a positive, highly effective carbon mitigation (and adaptation) option – second only to end-use efficiency saving options in terms of cost-effectiveness. The CCB standards have become the global “gold” standard for land-based carbon mitigation projects, as well as adopted by the World Bank and the PRC in their projects, and integrated into the Voluntary Carbon Standards, because they promote the triple benefits of real carbon reductions, real sustainability benefits for local communities, and help protect or restore threatened intact ecosystems (www.climate-standards.org/ .

Totten has been promoting the climate mitigation “triple-Strength” portfolio for nearly two decades, including while on assignment at Google.org in 2007, and while serving as the co-leader of the World Resource Institute’s Sustainable Enterprise Institute.

Totten has performed more than 1500 presentations, seminars and workshops, and produced scores of publications. He was lead co-author of the book, A Climate for Life, Meeting the Global Challenge, and recently released several publications including: Mascots Forever, How Sports Can Help Protect Threatened Species; Pursuing Sustainable Planetary Prosperity; and a White Paper on Hydraulic Fracturing (Fracking) Risks. He also served as Associate Editor and Author of the Wiley Series on Energy and Climate Security.

Totten began speaking and writing on emissions-free energy economies in the late 1970s, including such publications as: The Road to Trillion Dollar Energy Savings; Local Alternative Energy Options; and, EnergyWise Options for State and Local Government: A Policy Compendium;